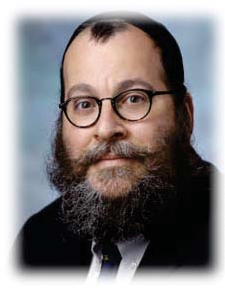 Vision difficulties after traumatic brain injury (TBI) are common and often difficult to recognize1,2. I have had an opportunity to formally review efforts concerning both the assessment of visual dysfunction3 as well as therapies available for these concerns4. Although there are relatively few studies defining the best approach to rehabilitating patients suffering TBI5, current evidence supports a multidisciplinary program6. As with any large team endeavor, co-ordination of responsibilities is necessary for success7. Among the critical members of this team, there should be vision specialists dedicated to working with patients who demonstrate deficiencies in eye teaming, loss of visual acuity and/or visual field as well as uncoupling of “visuospatial awareness”. For the most part, the optometric and neuropsychological communities have embraced visual rehabilitation efforts; notably, these providers have documented successes in helping brain injury patients improve their quality of life8,9,10,11,12,13.In my experience, vision rehabilitation efforts tend to be offered toward the end of the rehabilitative process of TBI patients. In part, this is because intense efforts are often required simply to ensure patient survival and recovery of basic living skills. In addition, vision rehabilitation is usually provided in the outpatient setting and patients often are not ready to travel for regularly scheduled visit until the latter parts of their rehabilitative program. Finally, it takes longer for patients and caregivers to become aware that there are issues related to visual system dysfunction because these deficits are subtle. When patients heal sufficiently to recognize that their vision may be problematic, or when caregivers note that their patients seem to plateau in their improvement, vision issues then seem to get addressed. The difficulty imposed by this paradigm stems from the fact that vision problems can impede the overall rehabilitative plan. Patients suffering reduced visual acuity, visual neglect of their surroundings

or fatigue from expending supernormal efforts to maintain fusion would undoubtedly participate less robustly in their own rehabilitative efforts. Inpatient and outpatient rehabilitation facilities provide a unique setting for TBI patients during which global assessments of their function can be provided. These global assessments should include evaluations of vision problems related to brain injury so as to permit early intervention; vision rehabilitation must be integrated within the overall rehabilitation plan. Notably, evidence- based data strongly support early intervention14. My personal experience with respected regional and national rehabilitation centers such as the Lancaster Rehabilitation Hospital (Lancaster, PA), the Comprehensive Sports Concussion Program at Sinai Hospital (Baltimore, MD) and the National Intrepid Center of Excellence (NICoE) confirm that this paradigm is successful.