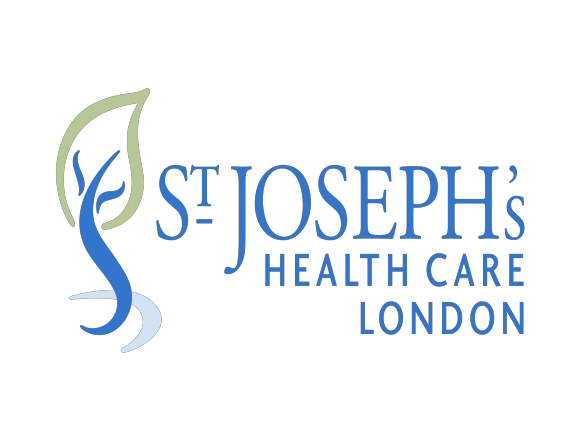 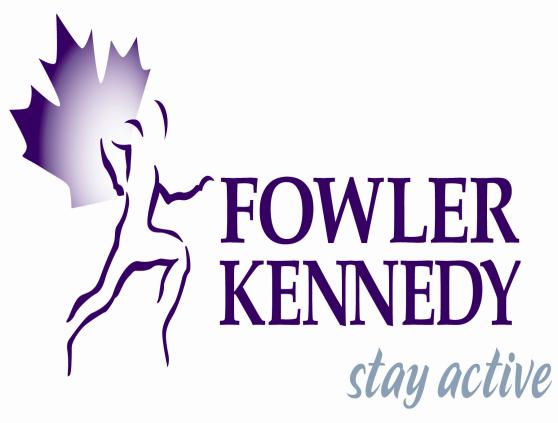 This is reproduced from the guidelines published by St. Joseph’s and Fowler Kennedy:

The most recent Consensus Statement on Concussion in Sport has defined a concussion as a“complex pathophysiological process affecting the brain, induced by traumatic biomechanicalforces”. Concussions can be caused by a blow to the head, face, neck or body. This trauma willresult in a set of clinical symptoms that may or may not include loss of consciousness. A concussion will typically result in short lived, spontaneously resolving neurologic impairments and largely reflect a functional rather than structural injury. (1)

Current guidelines recommend that any athlete who has suffered a concussion be removed from play and not allowed to return until evaluated by a physician, even if they report being symptom free. (2) Current treatment following concussion includes physical and cognitive rest until asymptomatic, at which time a stepwise return to sport can be initiated. (1) The majority of sport-related concussions recover within a 7-10 day period from onset (80-90%), (1) but a minority of these subjects may experience persistent symptoms, cognitive and physical deficits beyond this point. (3)

When symptoms persist beyond the natural recovery period, the term post-concussion syndrome (PCS) can be applied. (4) There is confusion currently surrounding the definition of post- concussion syndrome with the World Health Organization suggestion that persistent symptoms lasting greater than 1 mo while the DSM-IV classficiation requires greater than 3 mo. (5,6)

This document is intended to provide the user with instruction and direction in the rehabilitation of PCS. The physiotherapist must exercise their best professional judgment to determine how tointegrate this protocol into an appropriate treatment plan. As an individual’s symptoms andprogress is variable, this protocol must be individualized. It is essential to ensure that any treatment should be performed with the goal of avoiding symptom exacerbation.

POST-CONCUSSION SYNDROME AND TREATMENT GUIDELINES1) CERVICOGENIC Background Cervical spine injury is well documented following a trauma; however, it is often overlooked following a concussion. Anatomically, the cervical spine is closely linked to structures that can cause many of the same symptoms as concussion. Cervicogenic headache frequently co-exists with complaints of dizziness, tinnitus, nausea, imbalance, hearing complaints and ear/eye pain. Baron (18) identified the greater occipital nerve (GON) as the source of these symptoms in a group of 147 patients whose chief complaints were dizziness (93%), tinnitus (4%), headache (3%) and ear discomfort (0.7 %).

Literature has reported the referral patterns of the three occipital nerve roots (C1-3) and their convergence on the nucleus caudalis of the trigeminal tract. These nerve roots along with the joint complexes (z-joint, ligaments, nerves, discs and muscles) have been identified as possible sources of head pain. Muscle trigger points have also been implicated in head pain, dizziness and nausea. (19)

The receptors in the cervical spine have many connections to the vestibular and visual apparatus. Dysfunction of the cervical receptors due to a cervicogenic headache can alter afferent input, subsequently changing integration of timing and sensorimotor control. Changes in cervical joint position sense, eye movement control and postural stability have been measured in patients with neck pain (20, 21)

prolonged postures or pressure on tender pointso Can present as pain on the opposite side when severe, but does not appear

The treatment program implemented will depend on patient-specific assessment findings and patient tolerance. Treatment options for patients with cervicogenic pain and dysfunction include:

2) AUTONOMICBackgroundFollowing a concussion, a metabolic cascade of brain neurochemical changes produces an initial hypermetabolic state as the brain attempts to restore homeostasis. This is quickly followed by metabolic depression as cerebral blood flow (CBF) declines and the demands of brain energy begin to exceed their supply (27).

Concussion is also associated with other metabolic and physiologic changes such as: 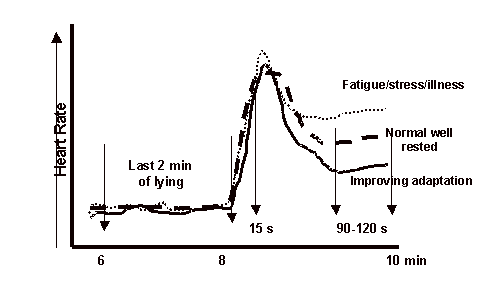 2) BikeTesting– Patient’s baseline SCAT2 scores are taken at rest, and resting heart rate is recorded– Patient begins riding at 50% of their maximum heart rate and symptoms are re-recorded every 5 min– After 5 minutes, if there is an increase in any one symptom, the patient is to stop riding. If no change or decrease in all symptoms, the patient may continue up to a time of 20 minutes– The patient is also advised to stop at any point in time if they note an exacerbation of symptoms– Treatment should start at an intensity of 80% of the maximum heart rate achieved before symptom exacerbation (sub-symptom threshold) (17)

Based on their research, Leddy et al. recommend that the exercise program be an individualized, progressive, sub-symptom threshold aerobic exercise program. (15) Exercise options may include:

As mentioned above, aerobic exercise begins at an intensity of 80% of the maximum heart rate achieved before symptom exacerbation (sub-symptom threshold).

The patient’s baselines symptoms are collected using the SCAT2 and are re-checked every 5 minutes to ensure no exacerbation has occurred. Patients are instructed to STOP aerobic exercise

if any worsening of symptoms. Once the patient can reach a 20-30 minutes of cardio with no increase in their symptoms, then the intensity can increased by approximately 10%. This increase in intensity may require an associated reduction in duration. It is recommended to increase duration first, then intensity. The end goal will be to reach 80-90% intensity for 20-30 minutes with no exacerbation of symptoms

Any exercise program should be performed on a regular schedule (ie. daily) and for sufficient duration to allow the regulatory and auto-regulatory systems to adapt. Patient should STOP aerobic activity if any exacerbation of symptoms.

3) VESTIBULAR Background Balance deficits and postural instability are commonly reported post-concussion (44, 45, 46). A study by Lovell et al (47) found that 43% of patients will report balance problems. Furthermore, symptoms that may negatively affect ones balance, such as dizziness (55%) and visual blurring or double vision (49%) are also frequently reported. Balance issues have been reported to last for years post-concussion (46).

As a result, the assessment and treatment of the vestibular system as well as postural stability are an important component of the physiotherapy plan post-concussion. The 3rd Annual Consensus Statement on Concussion has found that “postural stability testing provides a useful tool for objectively assessing the motor domain of neurologic function”. Postural control can be made up of different components including static stability, dynamic stability, anticipatory reactions and reactions to external forces (48). For this reason it may be advisable to implement a battery of tests to include all components of stability.

Vestibular rehabilitation has been used as a method of treatment in patients with persistent dizziness and balance deficits that have not resolved with rest. (9) Alsalaheen et al. implemented an individualized program consisting of gaze stabilization exercises, standing balance, walking with balance challenges and in a few cases canalith repositioning. Significant improvements were reported in self-report and performance measures post vestibular rehabilitation. (9)

Assessment Evaluation of balance should consist of tests that include both static and dynamic components.

Test consists of 6 conditions with eyes closed in 3 different stances: narrow based, single leg and tandem stance performed on level ground and a compliant surface (ie. Airex)Positions are held for 20 seconds and the examiner records the number of errors Errors include: removing hands from iliac crest, opening eyes, taking a step, stumbling, abducting or flexing the hip > 30 degrees and lifting the forefoot/heel off the ground

The maximum number of errors per position is 10Clinical acceptable reliability (0.80) was attained when BESS was administered 3 times in a single day or 2 times on separate days (49)

3 representing normal function Research has shown that the subtests of 1) “gait with vertical head turn”, 2) “gait

o Anticipatory postural adjustmentso Postural responseso Sensory orientation while on compliant or inclined surfaceo Dynamic stability in gait, with or without a cognitive task

movements or reports of symptoms

b. VOR slowo Same setup as per the VOR cancellation testo Slowly move the patient’s head side to side while you remain stationaryo Note patient’s ability to maintain fixation on your nose or any reports of

c. Head Thrust Testo Same setup as per above

o Movement should be a small amplitude with position held at the endo Note patient’s ability to maintain fixation, saccadic eye movements or

reports of symptomso Forgo this test if significant pain or restriction in cervical spine mobility.

Instruct patient regarding quick movement prior to initiating the test.

4) VISION/VISUAL PROCESSING Background Studies have shown that 50-90% of individuals with an acquired brain injury demonstrate visual dysfunction. These visual deficits may be the result of trauma to primary or secondary visual pathways as well as the primary and visual associated visual cortices. (10, 11)

Vision plays an important role in balance, gait, driving and other activities of daily living, andtherefore, disturbances can have a profound effect on one’s physical abilities. Visual field deficits may also present a safety hazard as poor spatial awareness and depth perception can increase the risk of tripping, bumping into objects and falling. (10, 11)

Visual deficits, although separate from cognitive deficits can exacerbate cognitive difficulties such as memory, attention and concentration. (10)

It is therefore important to screen for visual dysfunction early in the rehabilitation process. Early intervention may also be advantageous because the first year post traumatic brain injury has been identified as an important period during which natural recovery occurs. (10)

3) Smooth Pursuits (11) Have the patient look at a target with their head straight (approx. 20 inches from

o 3 beads on a string and hold string up to noseo Patient looks at closest bead which should look like a single bead. The

other two will appear as two beads (like the string is making a “Y”)o Move to the middle bead which should now look like a single bead, and

doubleo Hold for a few seconds and slowly move away from their noseo May gradually increase duration, number of repetitions

over time. Tape can be placed vertically or at an angle depending on which is more beneficial to the patient (see picture below).

The use of binasal occlusion in individuals with post-trauma vision syndrome has been found to increase the amplitude of visual evoked potentials. This shows that the ambient process becomes more organized and provides more appropriate spatial information (50). These changes can result in improved tolerance for visual activities and a decrease in symptoms.

It is important to educate the patient with post-concussion syndrome on the appropriate performance and structuring of return toactivity. The goal is to graduallyincrease activity tolerance without

crossing the symptom threshold. As a result, the planning and pacing of activities is of utmost importance both at home and within the clinic setting.

Intially patients often do too muchactivity and only stop when theirsymptoms limit them. Then they restand once their symptoms subside theyincrease their activity level into the symptom or “danger zone”. They often repeat this patternover and over as represented in the Current Activity Pattern graph on the right.

Patients are advised that activities should remain below symptom threshold, as increases in symptoms can delay and be detrimental torecovery. Patients and therapists should settime restrictions for activities (based on

sub-symptom threshold) and should use a timer to ensure that the patient works only within the prescribed time parameters. This will allow the therapist to monitor the patient’s response to activity and will alsoteach the patient to self-pace and self- monitor while at home.

It may be appropriate to start with shortreps of exercise with rest in between orvarying between different types of activities (ie. switching from a visual to a cardio based task). This will also help the patient pace activities and structure their activity in an appropriate manner. Patients may also benefit from using a journal to plan their day ahead of time to ensure they are following guidelines and to assist the patient who is having difficulty with memory. A journal can also be useful to reflect back on to determine any cause and effect of setbacks which may occur while in treatment.

The goal is to return to full activities without any restrictions. However, patients with Post Concussion Syndrome whose symptoms are more severe and take longer to resolve may need to continue to plan and pace their activities on a longer term basis.

Request An Appointment
Reviews
Email Us