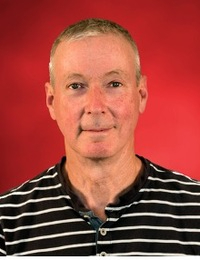 Bernard is a Physiotherapist with 35 years of experience in musculoskeletal and neurological rehabilitation. He graduated from the University of Toronto but after a few stints working around the country ended up on the West Coast of Canada.

He has been assessing and treating clients with vestibular dysfunctions since 1993 and since 2012, his clinical practice has been exclusive to dizziness, vestibular disorders and the management of dizziness in Post Concussion Syndrome. In 1997, he became a Fellow of the Canadian Academy of Manipulative Physical Therapists.

He is the founder and Director of the Dizziness & Balance Rehabilitation Clinic, Victoria, BC Canada.